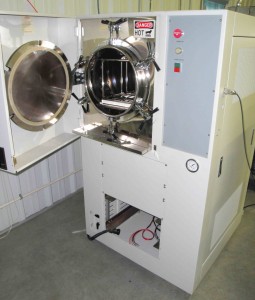 HAST has been developed to replace Temperature-Humidity-Bias (THB) testing which has typical conditions of 85 ⁰C and 85 % RH along with a bias voltage applied to the sample. A typical THB test time would be 1000 hours. HAST uses increased test temperatures of 110 to 130 ⁰C which decreases the test time to as low as 96 hours compared to a THB test. Thus, by choosing HAST over THB for an accelerated reliability test, testing can be completed in days, not weeks.