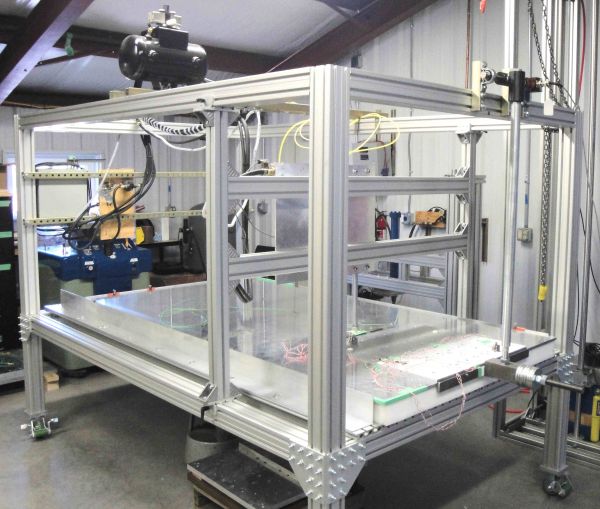 DES has performed numerous pyroshock tests on products that are used in outer space, rockets, and missiles. We have worked on many major military and aerospace programs. DES MIPS table has many adjustments to allow for repeatability and shaping of the shock pulses. DES is A2LA accredited for pyroshock testing under Certificate Number 4998.01.  If you have any further questions, please contact us.

What is Pyroshock Testing?

Pyroshock (Pyrotechnic Shock) or Ballistic Shock are tests that simulate shock forces from missiles, rockets or the firing of projectiles. A pyroshock occurs when explosive events are used to separate the stages of rockets or missiles, or from a ballistic impact to a structure by a projectile. When a pyroshock occurs, a stress or shock wave propagates through the structure and into the electronic equipment contained within the structure.

Pyroshocks are unique shocks that have high G-level, high frequency content with very little velocity and displacement change during the shock. The frequency range of a pyroshock is usually 100 Hz to 10,000 Hz or greater. Pyroshocks have a very short duration of usually less than 20 milliseconds. Below is a typical pyroshock pulse performed at DES.

SRS Analysis of Pyroshock by DES

The shock pulse is analyzed using a Shock Response Spectrum (SRS). An SRS is used to measure the acceleration as a function of frequency and the total energy of the applied shock pulse.  The responsibility of the test lab is to shape the SRS to match their customer’s specification.  Many customers have commended DES for their ability to shape the SRS to match their specification better than any other test lab they have worked with.

Some common Pyroshock test specifications are: