Pyroshocks are unique shocks that have high G-level, high frequency content with very little velocity and displacement change during the shock. The frequency range of a pyroshock is usually 100 Hz to 10,000 Hz or greater. Pyroshocks have a very short duration of usually less than 20 milliseconds. The acceleration time history of a pyroshock approximates a combination of decaying sinusoids as shown in Figure 1.

Figure 1. Acceleration Time History of a Pyroshock Performed at DES.

The following definitions are from MIL-STD-810G, Method 517, but vary among different pyroshock standards.

There is a lack of analytical techniques available to predict a product’s response to a pyroshock. Thus manufacturers must rely on pyroshock testing to qualify their products. Pyroshock testing can be performed using explosive charges or by high energy short duration mechanical impacts. DES uses a Mechanical Impulse Pyroshock Simulator (MIPS) shown in Figure 2 to perform most pyroshock testing. However far-field pyroshock is sometimes completed on our electro-dynamic shakers. DES’s pyroshock equipment capabilities include: 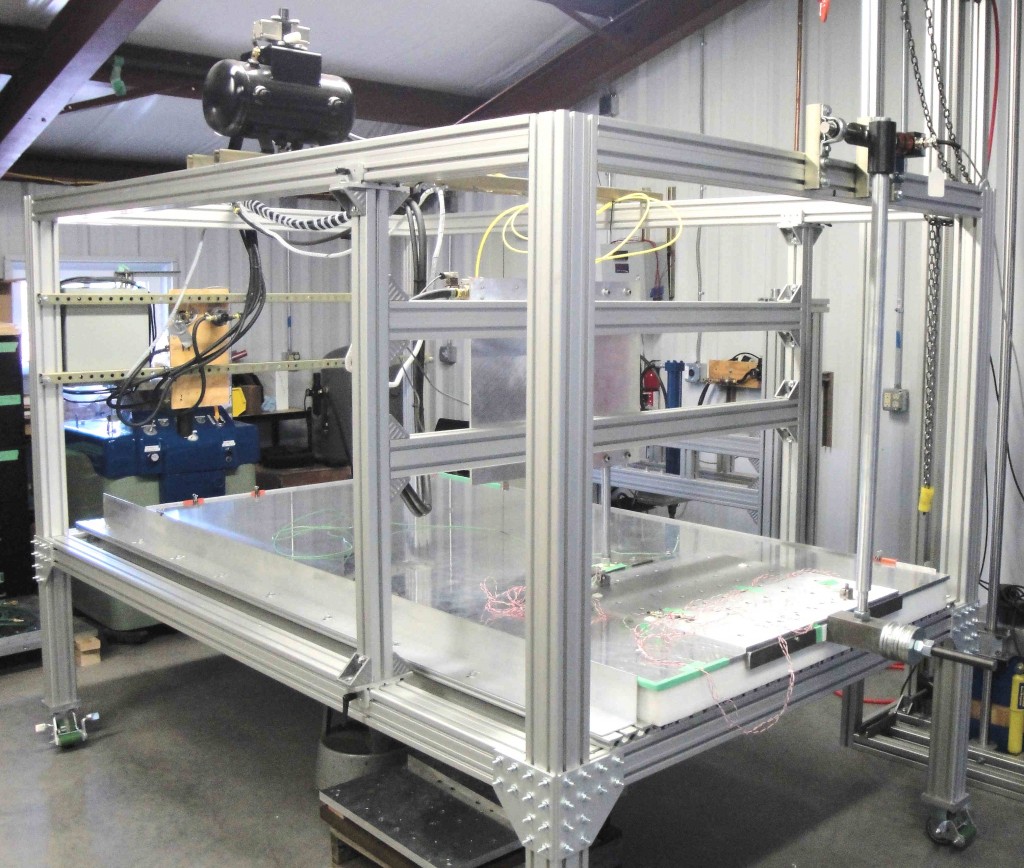 Shock Response Spectrum (SRS) analysis is used to measure the acceleration as a function of frequency and the total energy of the applied shock pulse. The SRS is a curve that represents the response of many damped single degree-of-freedom oscillators to a shock pulse. The damped oscillators are tuned to specific octave or frequency bands. A SRS analysis of a pyroshock completed by DES is shown in Figure 3.

DES has successfully performed pyroshock tests on many electronic products that are used in outer space, rockets, and missiles. DES MIPS table has many adjustments to allow for repeatability and shaping of the shock pulses. It is also grounded for ESD sensitive products. Some size and weight ranges for products that we have tested include:

To watch a pyroshock test be performed on our MIPS table, visit our YouTube channel.

Our experienced engineers understand the need for proper selection of the accelerometers along with the setup of the high speed data acquisition system. We have performed an anti-aliasing study on our data acquisition system to prove that it is capable of the demanding requirements for pyroshock measurements without aliasing. This study is available upon request. Please contact DES to learn more about our pyroshock testing and other shock testing capabilities.